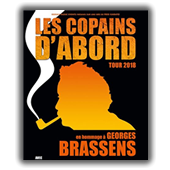 I am proud to have been part of such a magical event at the venue Théâtre de la Mer in Sète (South of France).
Solo saxophonist Fred Karato, musicians of the Compagnie Les Enjoliveurs, special guest Liane Foly and tap dancers celebrate Georges Brassens, in a musical journey Jazz, Swing, Salsa, Pop... A tribute to the French singer presented by Nelson Monfort and staged by Yves Pignard. 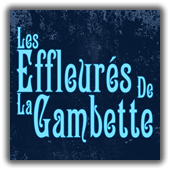 Based in Montpellier, Les Effleurés de la gambette is a group of professional and amateur cabaret artists, who will captivate you!
I mixed my talent as a tap dancer with my curiosity for stripping to perform a few cabaret performances for a year with them. 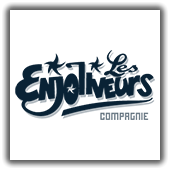 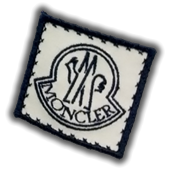 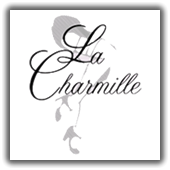 Based in Montpellier, La Charmille is an organization created by Zaza Poppin in 2011.
Its purpose is to promote and allow the practice of burlesque, its retro, glamorous and festive universe with various artistic facets.
I mixed my talent as a tap dancer with my curiosity for stripping to perform a few cabaret performances for a year with its artists. 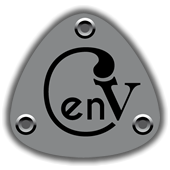 Fascinated by the art of tap dancing since the age of 10, I am actively involved in the organisation "Claquettes en Vogue" in Montpellier, motivated by the desire to promote this art through performances and local events often charitable.
I got hired as an active member as soon as my legal age permitted, mainly responsible for the Web services and communications (Registration platforms, website and social networks) and spending my free time to help the community. 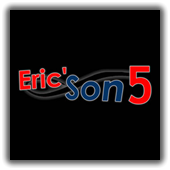 In 2004: Five friends trained and motivated by Eric Scialo to form their own shows. Two girls then joined them to become the Ericsonettes!
Our common passion for the art of tap dancing has brought us together to the point of forming a solidarity group whose atmosphere is as delirious as it is serious.